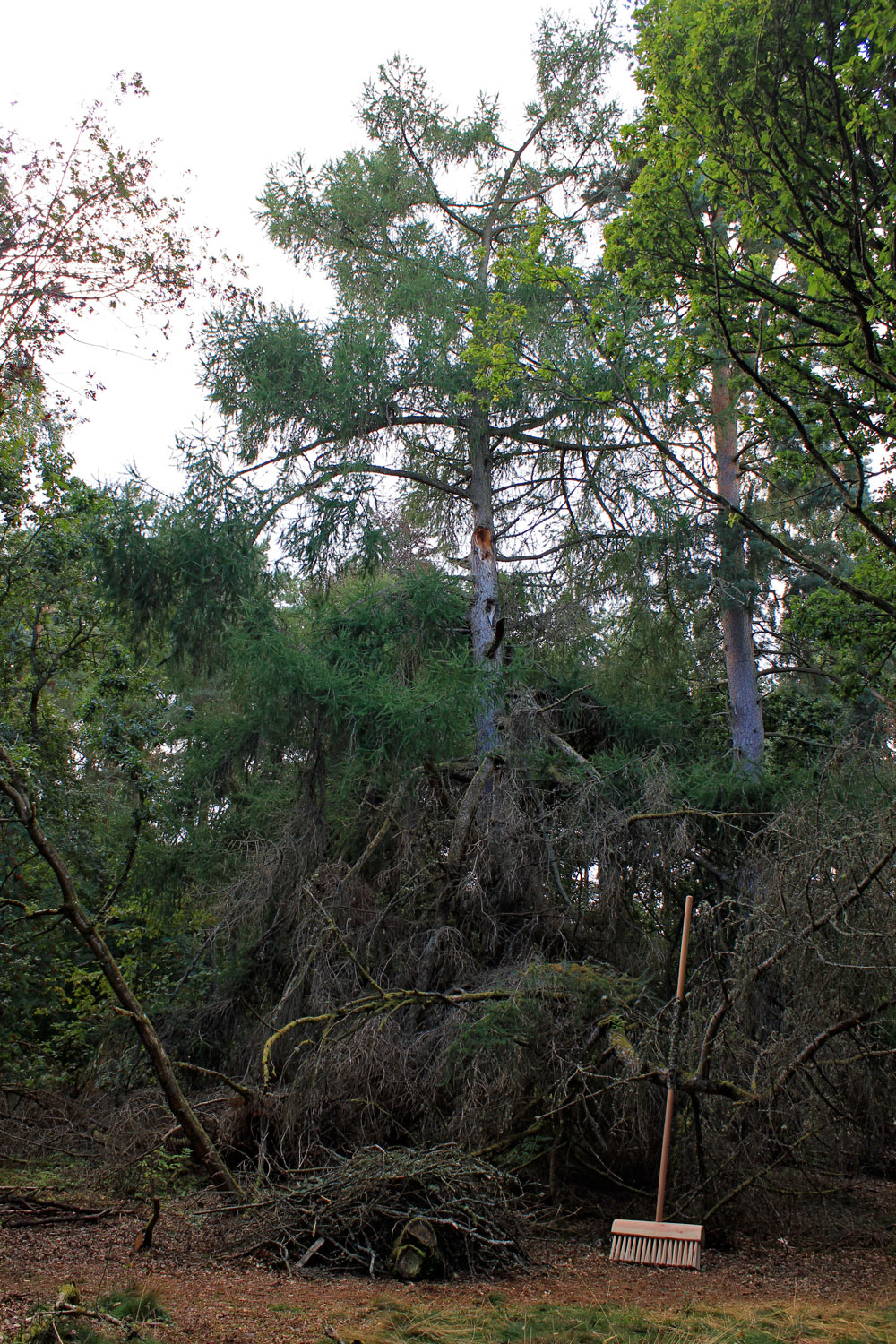 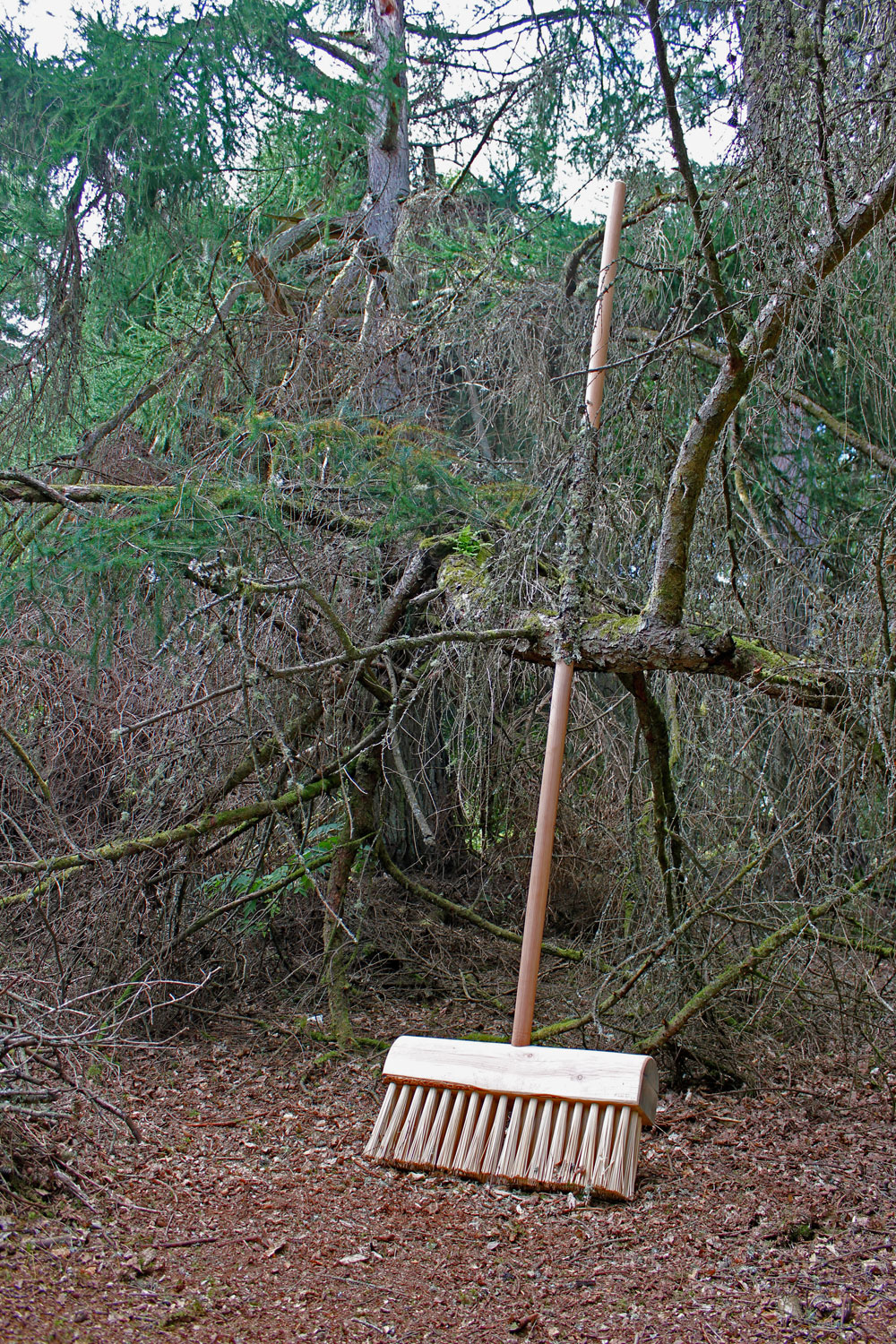 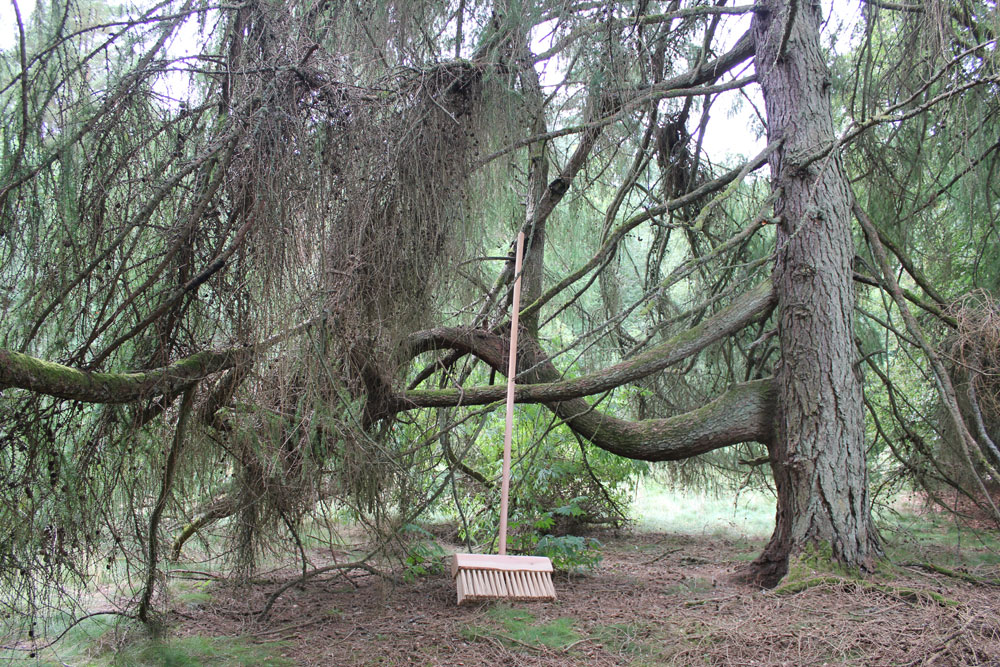 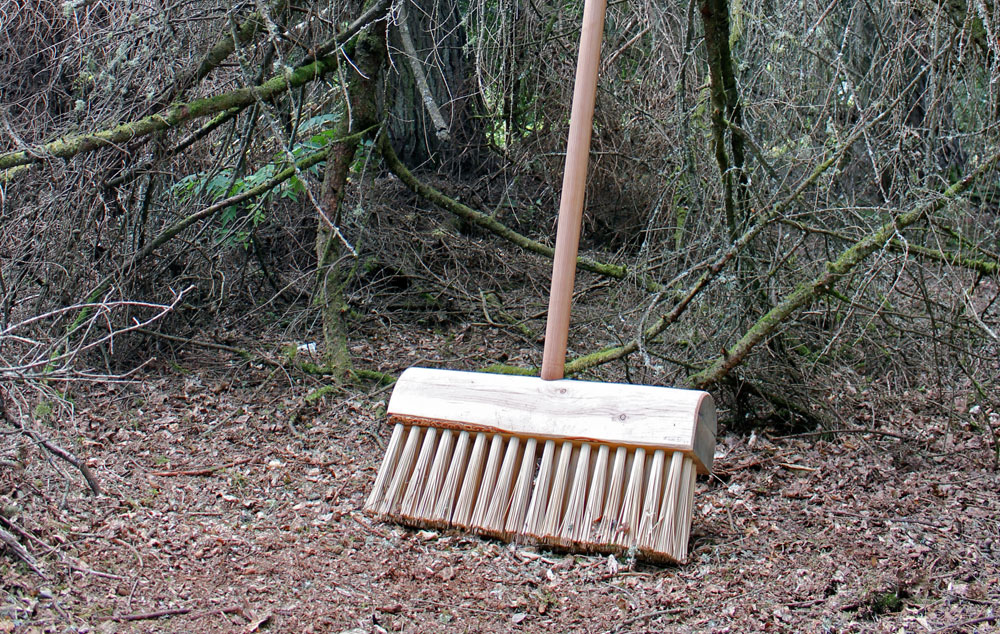 ‘A Brush With Nature’

A Brush with Nature was produced for Heartwood, a site-specific exhibition set in the rural woodland at Monkwood near Blairgowrie, Perthshire.

This piece is an extension of the work ‘Fertile Ground’ that was conceived in Tasmania and features a broom that has fallen on a carpet of moss and sprouted new shoots. Here the broom is 5:1 scale and has grown lichen and bark where it rests on the branch of the nearby tree. Beside the brush lies a pile of sticks as if the tree has just finished sweeping the forest floor. In preparation for the exhibition pathways had been cleared through the grounds and I thought it would be fitting to make the broom that had supposedly done the job.