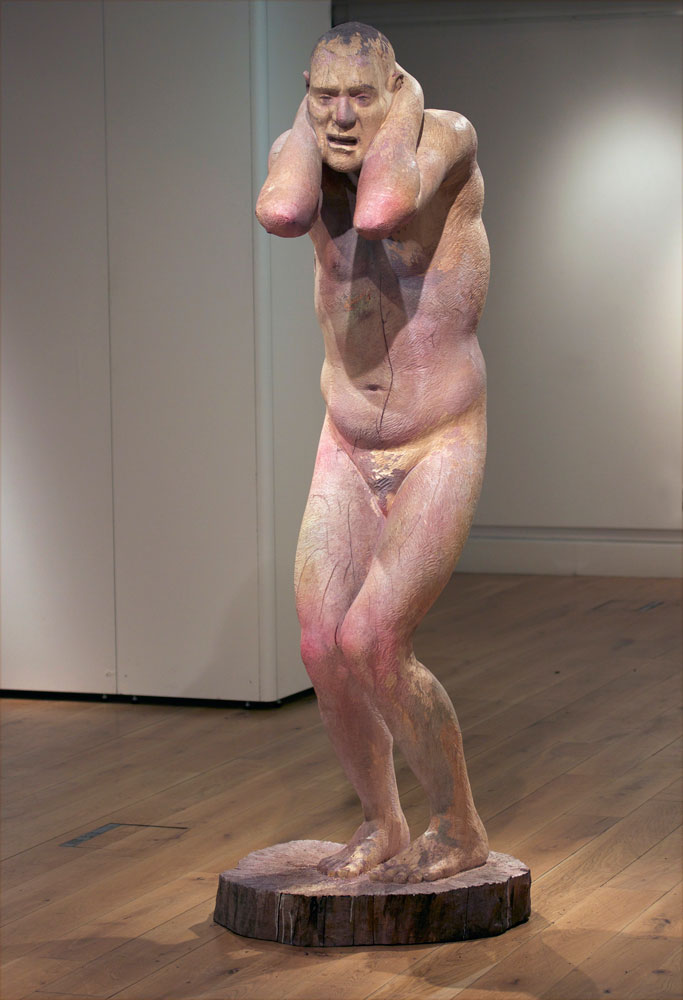 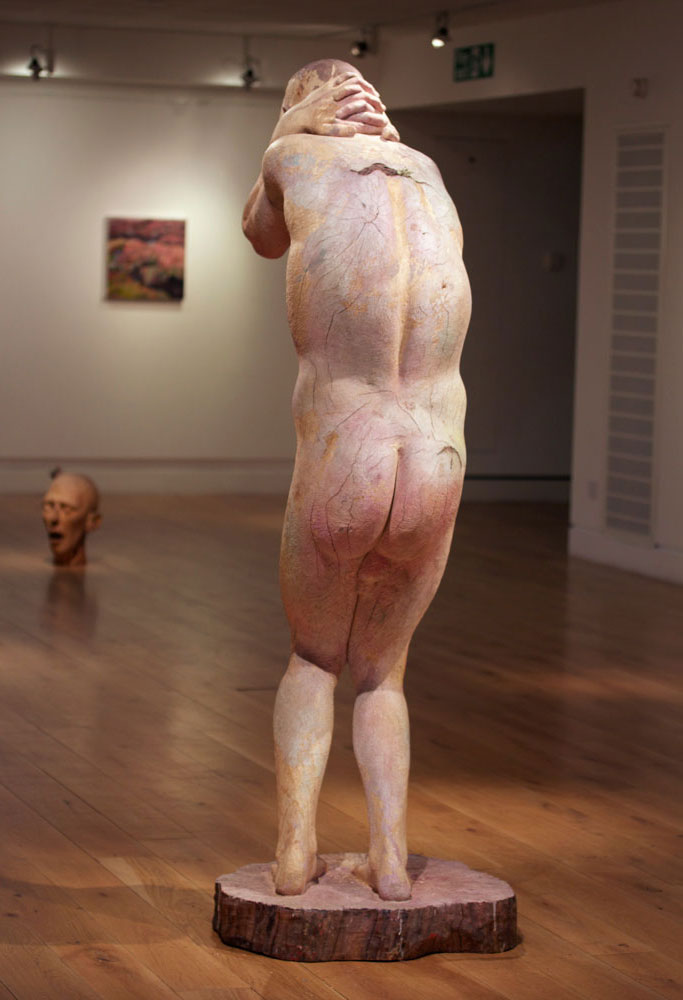 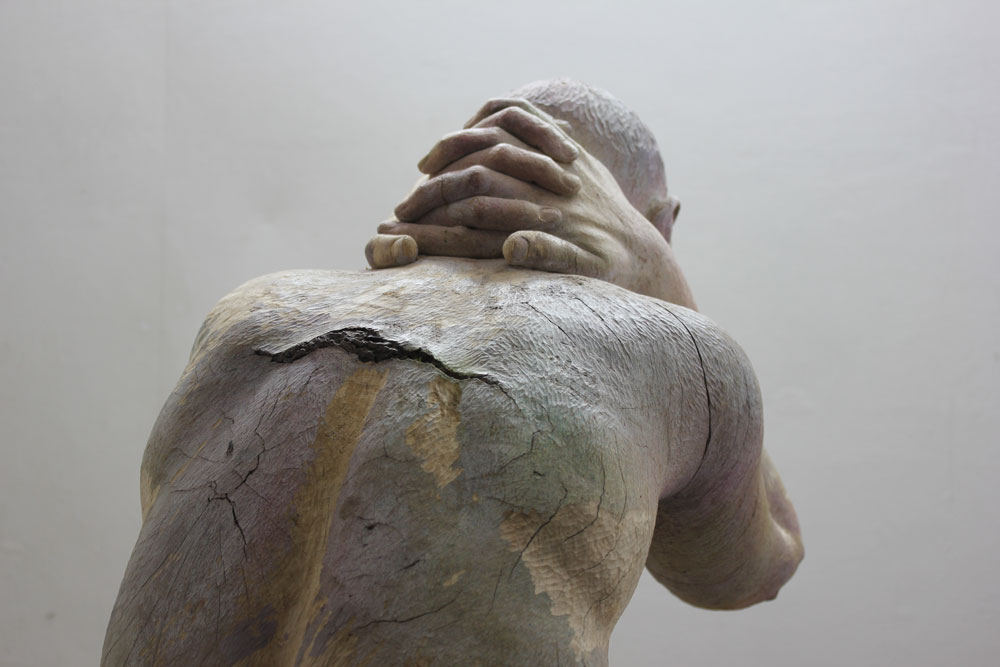 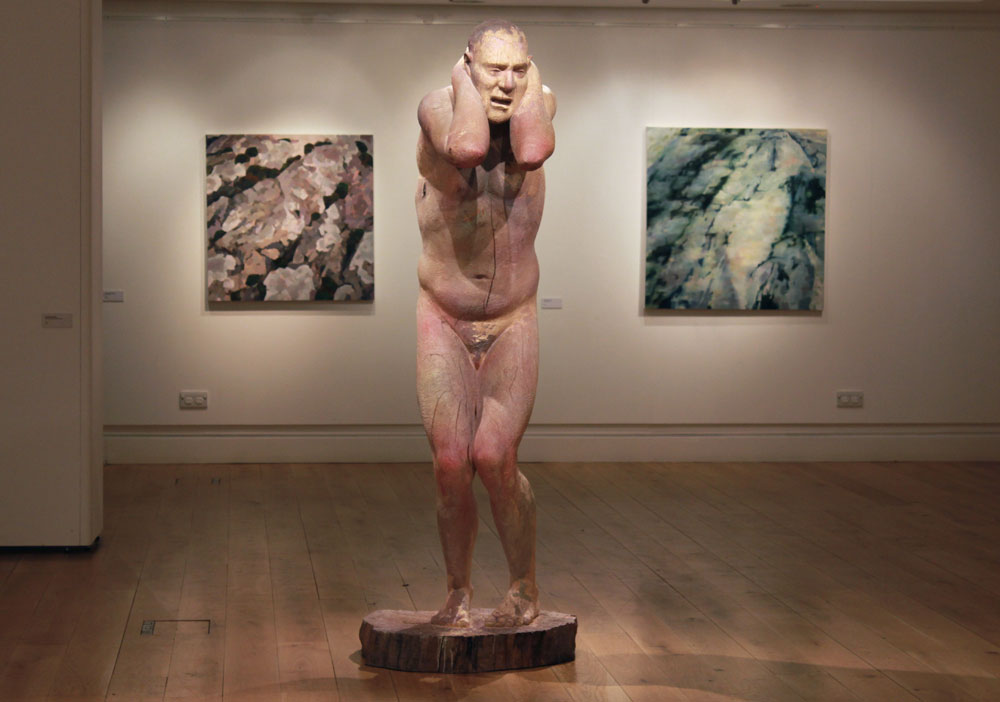 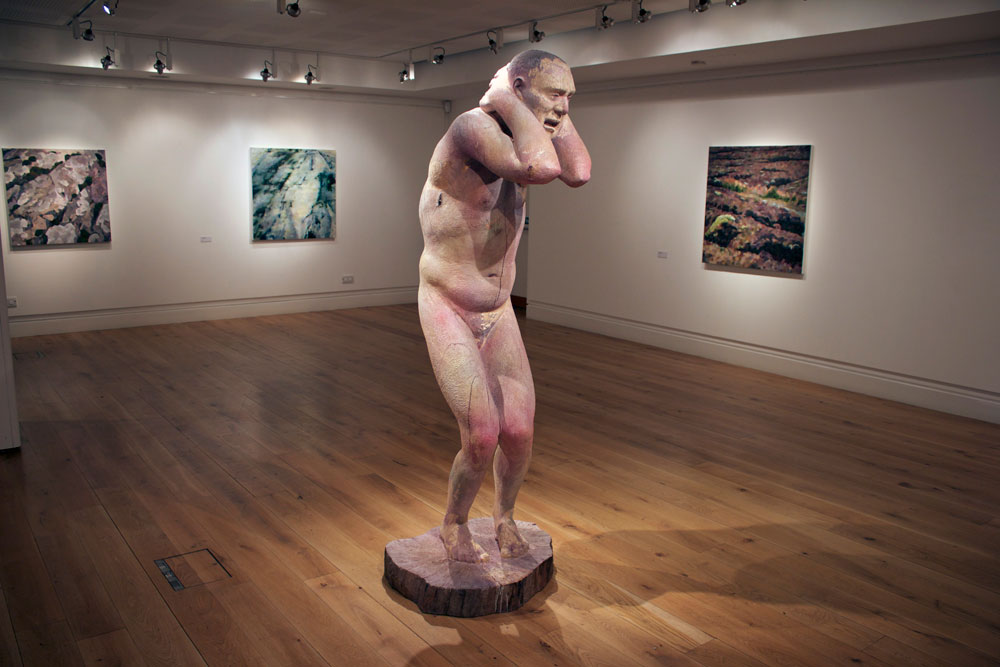 Breaking point is based on a newspaper image of a prisoner being ‘softened up’ in the notorious Abu Ghraib prison in Iraq. The image was among numerous photographs first included in an online article by the New Yorker magazine and caused an international scandal.

This particular image struck a chord with me and I immediately drew a quick sketch of the figure to capture the pose. The significance of the scandal and my fascination with this image only increased with time until eventually I decided to attempt a carving of the figure.

Having spent many years staring at the image I realised that part of my fascination lay in the fact that I had never seen this pose before. That in fact, this posture was not in the public consciousness until this moment. It is a therefore a new pose, illustrating the reality of torture and the physical effects of stress techniques on the human body. The man is painfully aware of his nakedness as he stands in front of the guards hiding his genitals between his legs. This is not a romanticised image of torture, this is the awkward and disturbing reality.

The piece was carved from a large piece of Acer from The Royal Botanical Gardens in Edinburgh. Initially a chainsaw was used to remove the excess material and form the crude outline of the figure. The piece was then carved using hand chisels over a period of four years. As well as the significant time commitment there is also a huge emotional investment in this work. I tried to empathise with the figure to capture the emotion and accumulatively I spent many hours in the stress position as a way of experiencing the tension in the body.

Another interesting aspect of the work is the natural flaws in the wood. Initially I tried to carve them out but I soon realised that they heightened the impact and the wound in the side in particular introduces a whole new dimension to the work. The more I consider these flaws the more I wonder ‘what are the chances’.

The piece was first exhibited as part of ‘Surface Tension’ at the Shetland Museum and Archives and then later at the Aberdeen Art Gallery as part of Aberdeen Artists exhibition where it was awarded 1st prize. In October 2013 the work was selected for the ‘7th Figurative Painting and Sculpture Prize’ at the European Museum of Modern Art in Barcelona. The work is presently on display at the Sewell Gallery in Radley College, Oxford.