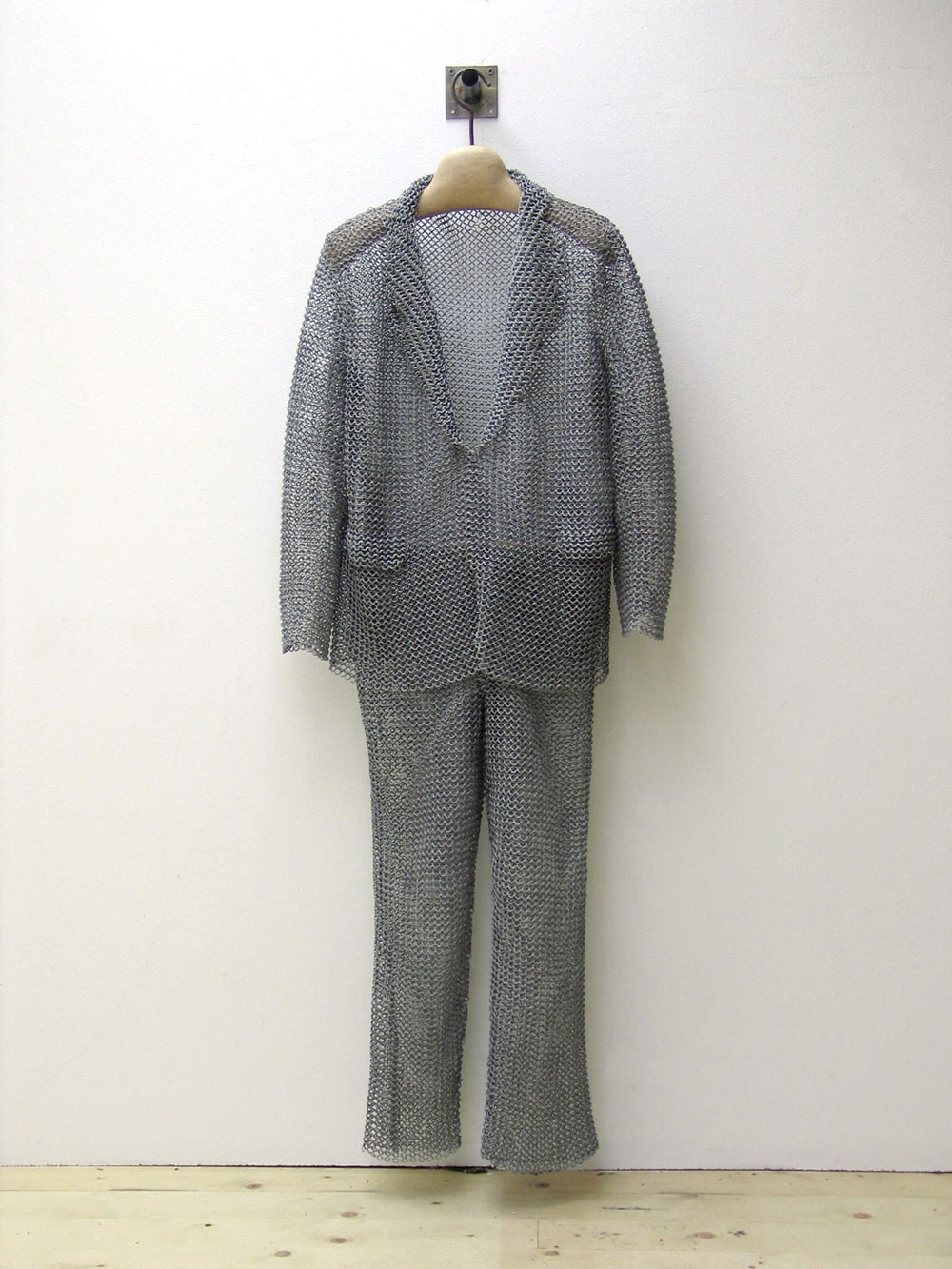 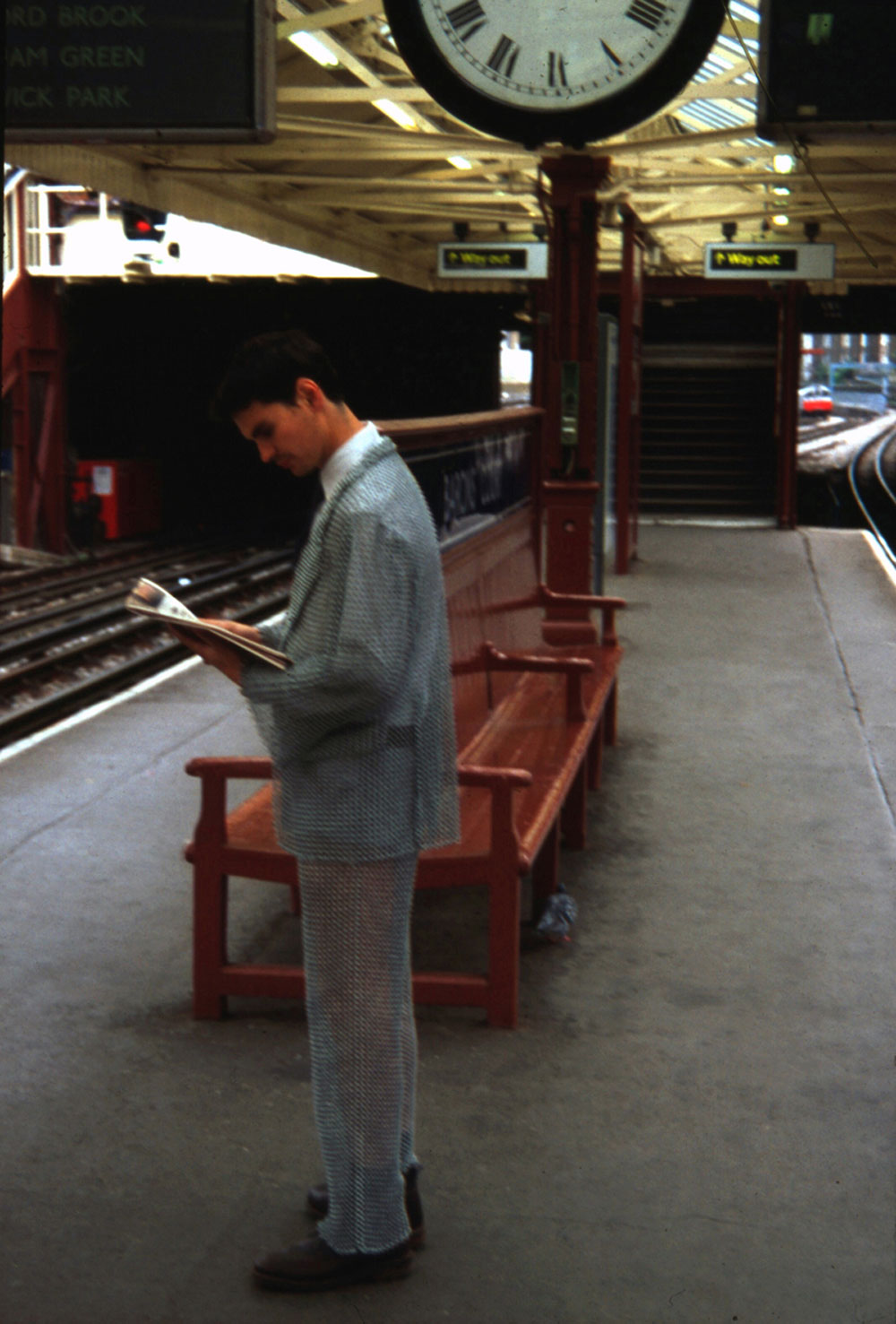 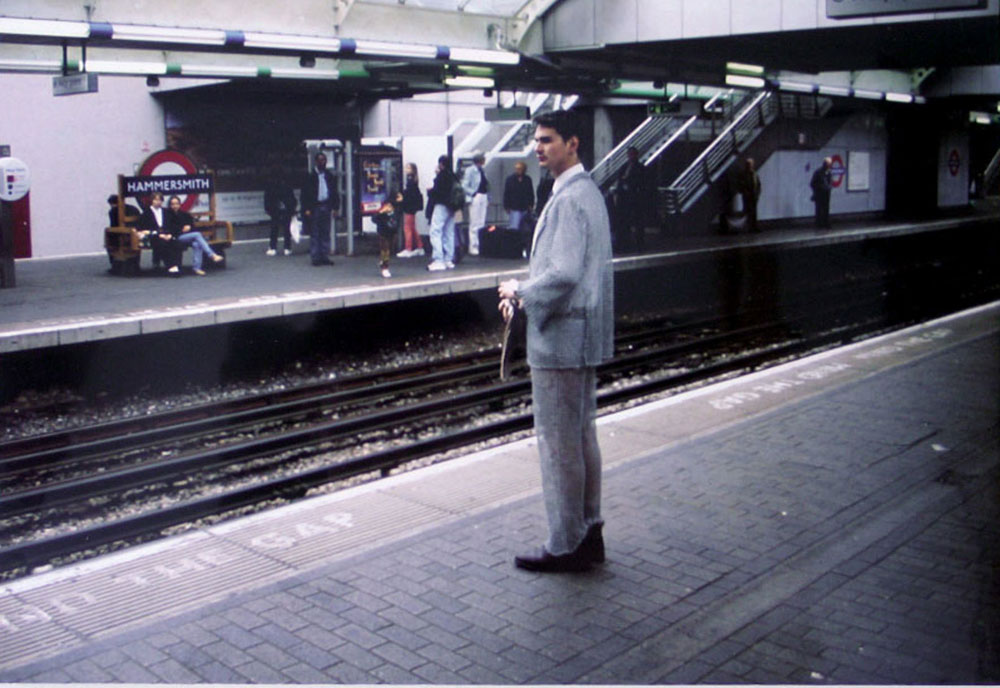 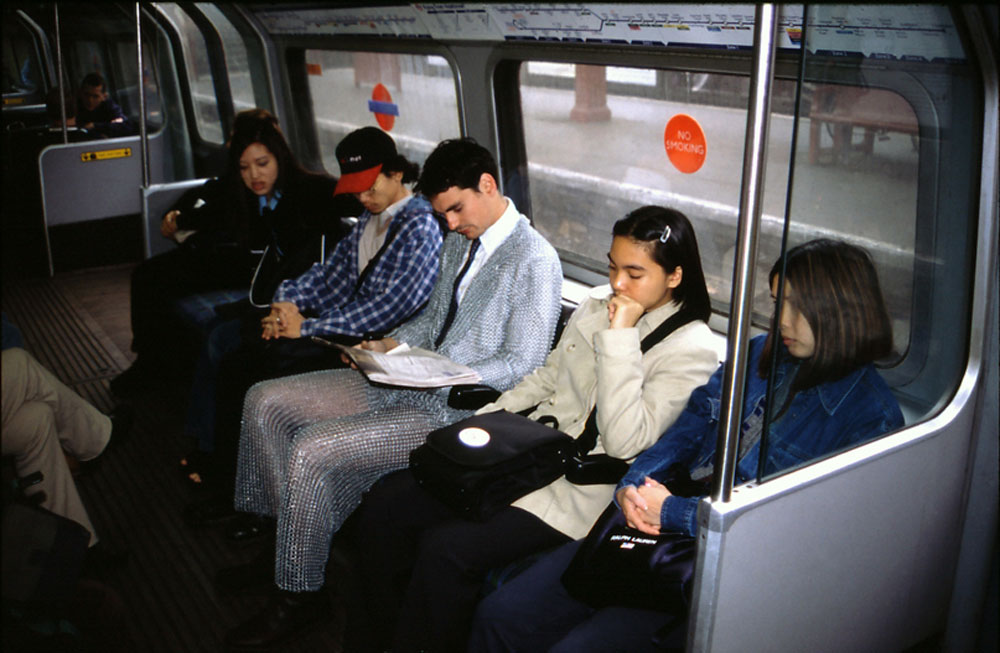 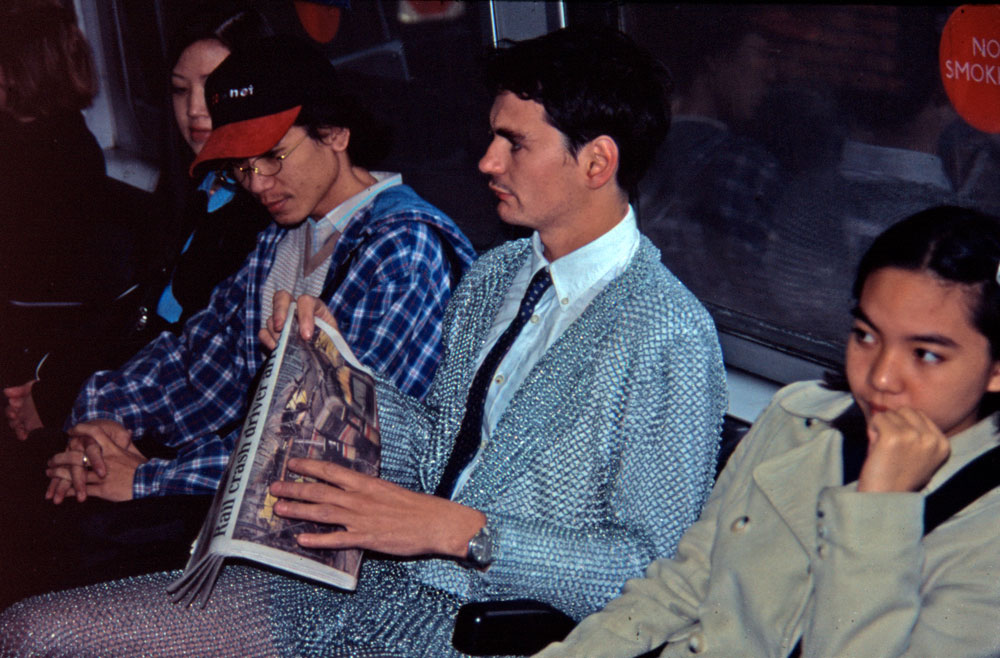 Conceived after my first rush hour journey on the London Underground the piece is my response to sitting on a train full of suited men. Wearing my ubiquitous art student uniform of scruffy jeans and checked shirt I was outnumbered and intimidated by the army of uniforms surrounding me. I was also interested in the etiquette and apparent anonymity the suit provided as well as the determined attempt to avoid eye contact at all costs.

The chainmail suit was made by hand using fencing wire, first wound into coils and then cut to produce the individual loops. These were then woven together and then tailored to the pattern of an existing suit. The whole process was extremely time consuming and overall it took 6 months to produce. I then wore it on the London Underground during rush hour and no eyebrows were raised.

The piece was first exhibited as part of ‘Invisible Frontiers’ in Montpellier before being selected for “Scottish Spirit”, an exhibition curated by the SSA and the Arthur Ross Gallery Philadelphia. The exhibition then toured America for approximately a year including: