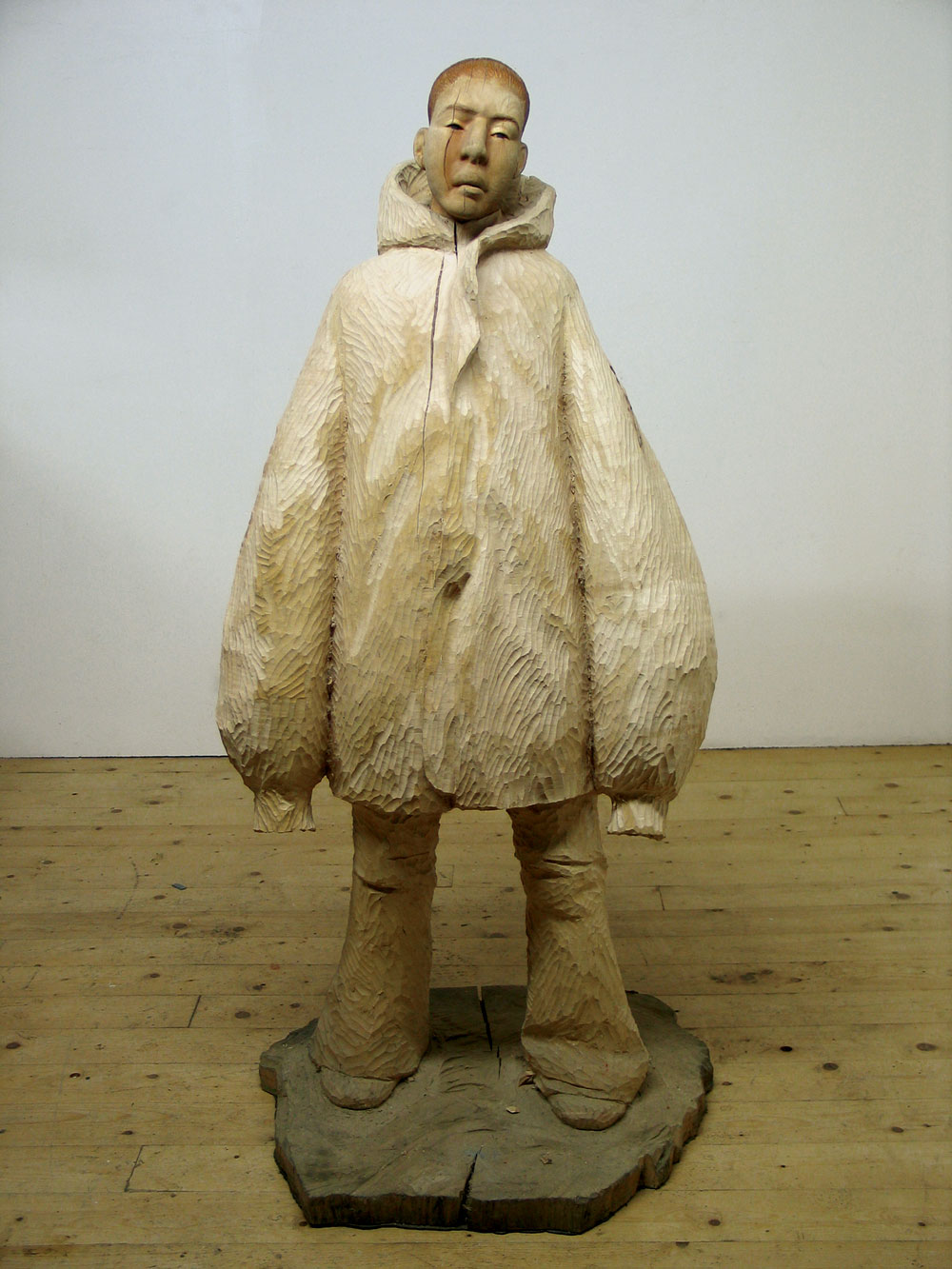 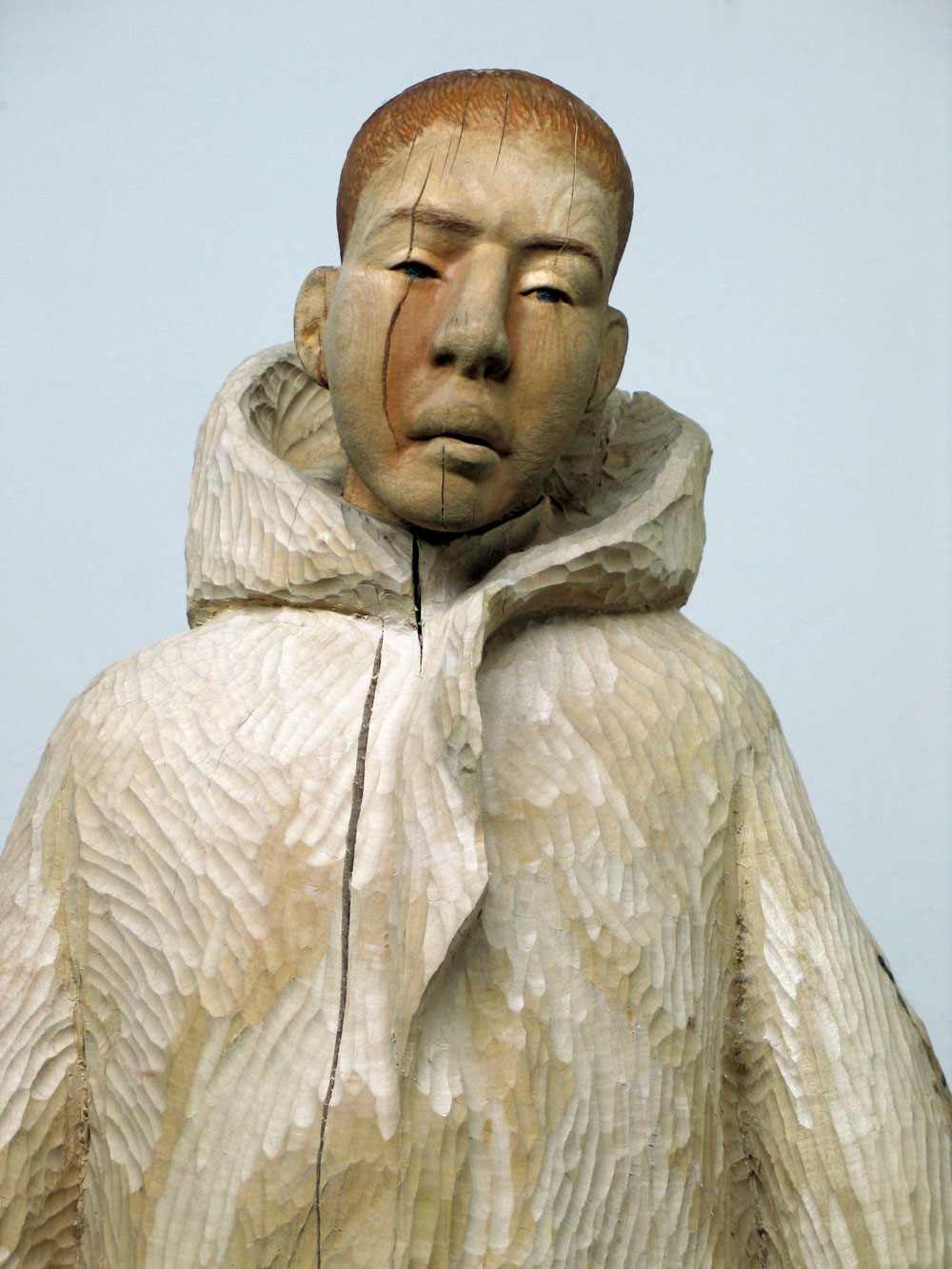 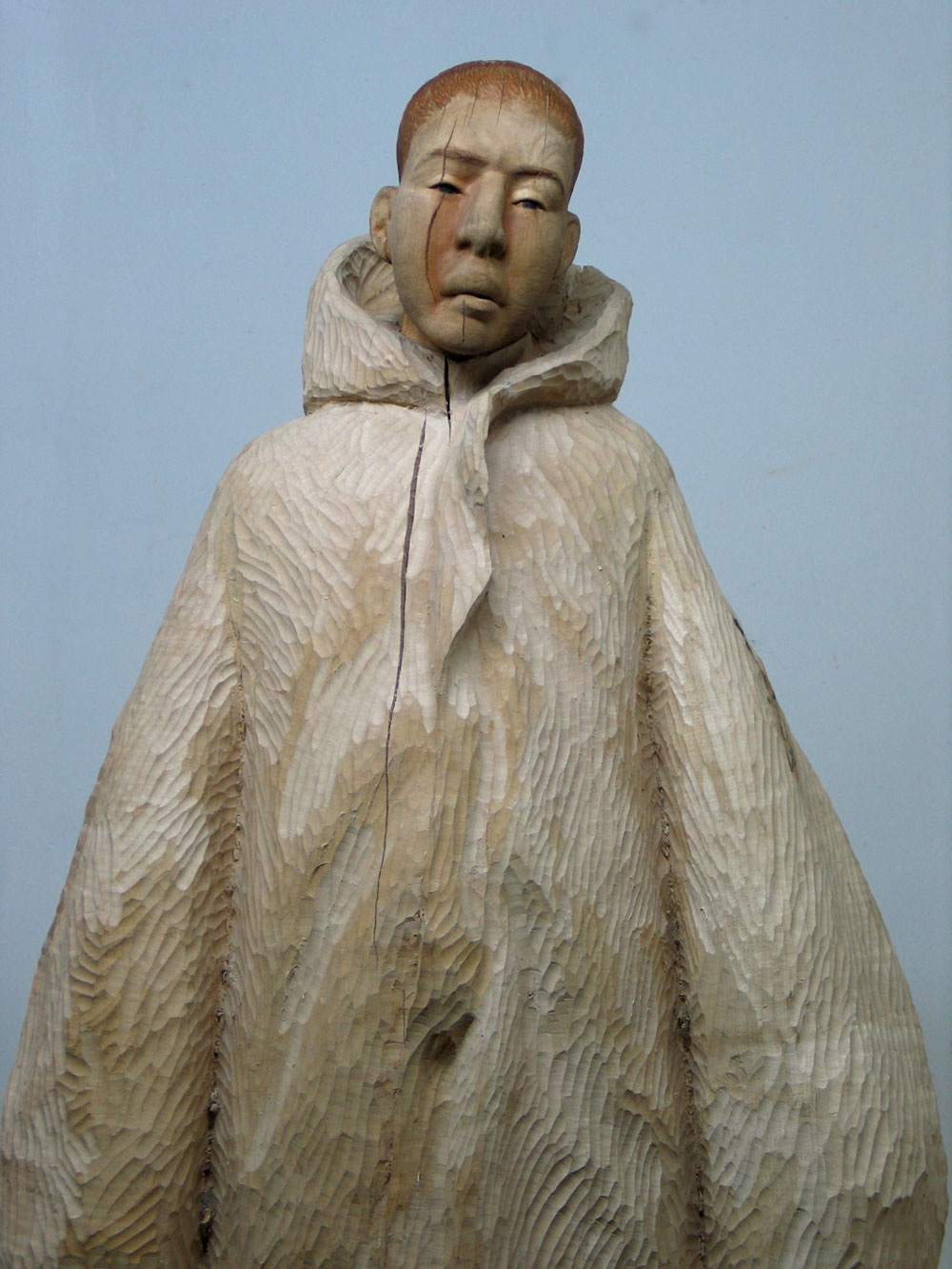 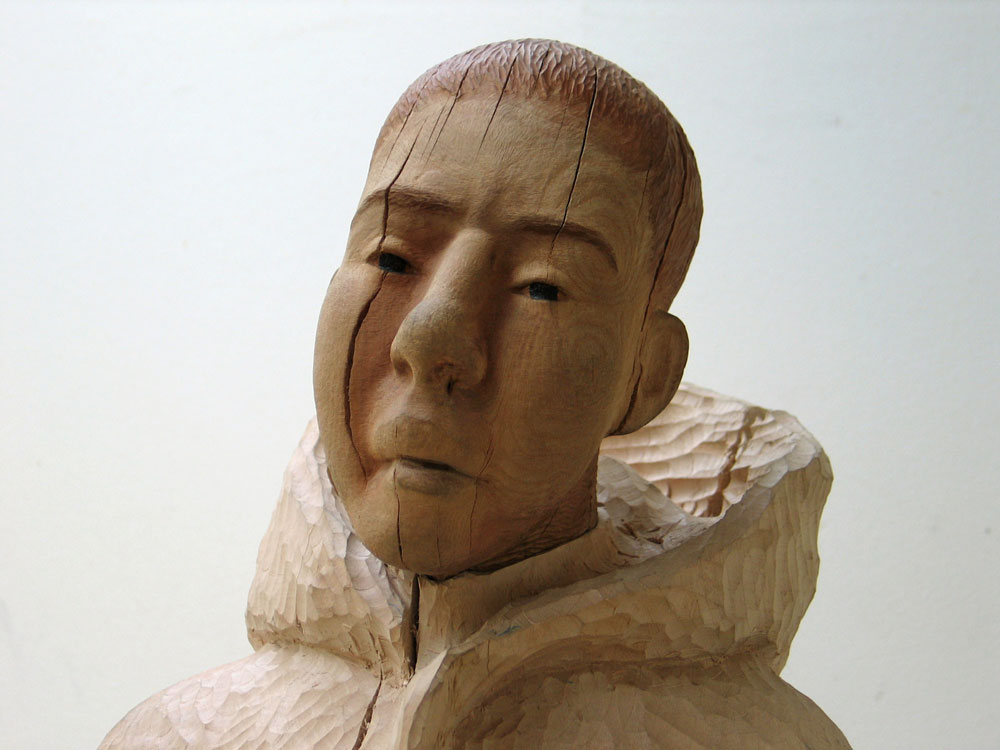 The piece is based on a newspaper image of Hussam Abdo, a Palestinian boy standing in no man’s land in the West Bank. The 16 year old suicide bomber was intercepted as he approached the border control on the West Bank and forced to remove the explosive belt before being stripped and sent back out to be photographed. The boy stands in an oversized army jacket looking scared and lonely, presumably contemplating his future. It is claimed by his mother that Abdo has a “the intelligence of a 12 year old” and his reason for agreeing to be a suicide bomber was because he was unhappy at school. Whilst being disarmed Abdo requested assistance from the Israeli forces and shouted that he was “scared to die”. Al-Aqsa Martyrs’ Brigades claimed responsibility for sending the boy in retaliation for the killing of Ahmed Yassin, the founder of Hamas.

In many ways the political background is a veil for the work and what really inspired the piece was the underlying humanity of the image. This could be anyone’s son.

The carving was initially conceived as a portrait head before I realised the oversized jacket was an essential aspect of the work. The head was carved during a two-month residency in Dusseldorf and involved the use of tiny chisels. The body was then hewn with considerable energy from a single piece of Acer which was windfall from the Royal Botanical Gardens in Edinburgh.